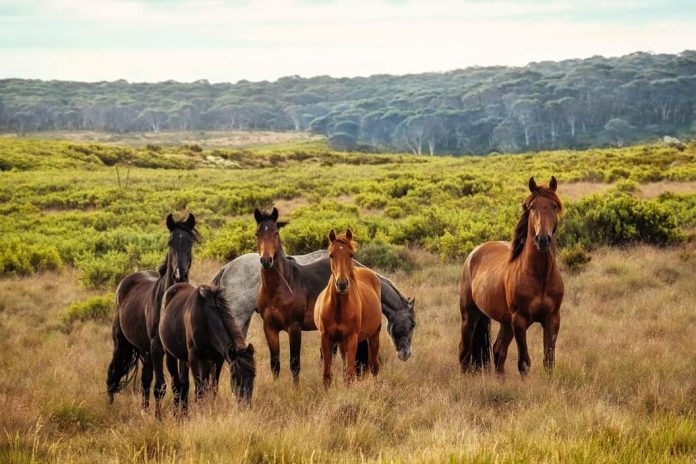 Horses are such majestic animals with that funny snort and a great mane. If you’re a horse owner, you probably know how horses reciprocate the love that you give them, but when you probably read the heading, you must have thought, ‘What enmity do humans have with horses that they are using them for glue?’

We will answer that in short before we dive deeply into the relation of horses with glue making. Horses are used for making glue due to the high collagen concentration in their body. However, humans hold no such grudge with horses since most horses sent to the glue factory are dead already. However, if you send a living horse to a glue factory, that is equivalent to the slaughtering of the poor animal, which is truly disheartening.

With that being said, let’s know more about horses and facts associated with them that are relevant to glue-making.

What is Horse Glue?

As horrible as that sounds, the real picture isn’t that terrible (at least not typically), but before getting to what horse glue is, let’s understand the term ‘glue.’ Glue, as often referred to as adhesive, fixative o gum, is an adhesive substance that due to the molecular structure and coagulation power of the components present is used for sticking objects and materials together. Glue has active ingredient collagen (a kind of protein) that is converted to gelatin, which is the star player and the essential element for creating an adhesive substance.

Fun Fact: Collagen is also responsible for holding the body together.

Now, coming to the main question: What is horse glue? Horse glue is a type of animal glue derived from horse remains. The adhesive is generally made from sick or dead horses using their cartilage, tendons, hooves, hides, and bones (the key places where most of the collagen is concentrated). However, as of the modern age, they aren’t generally slaughtered to extract glue.

Why are Horses used for glue?

When many companies manufacture cheaper, synthetic adhesives and glues, why are horses still used for making glue? Horses have a lot of collagen, and the animal protein has better adhesion and holding capacity than the synthetic glues. Horse glue is generally used for the restoration of antiques and in woodworks, and also in bookbinding. The reason for preferring horse glue over synthetic glue in these jobs is the glue’s texture and working.

In woodwork and restoration, the joints glued by horse glue can be separated, since, upon breakage, they come out cleanly without damaging the look or the texture of the wood. If the glue is dried, it can be simply covered with new horse glue, which sticks itself, and this is nearly impossible to achieve with synthetic glues.

The horse glue upon hardening, tightens and pulls the joints firmly together, which is more effective than synthetic glue. The horse glue provides a firm joint, which means the furniture or object on which it is used, doesn’t bend over time.

When you need to re-glue synthetic fixatives, you’d have to chip off the inert glue entirely before repeating the process again, which isn’t just hectic but might also chip off a little wood in the process. Horse glue, however, can be reworked by warming it up, and thus, the correction can be done anytime. This is both an advantage and disadvantage since when you are working with horse glue, you’d constantly have to keep warming it so that it doesn’t tighten after cooling down.

In bookbinding, horse glue is used over synthetic glue, since it is a slow setting glue. Also, horse glue has a clear texture and doesn’t go inert upon cooling down, thus upon the tearing of the binding over time, and it can be bound again without incurring any damage to the pages.

Are horses killed to make glue?

Horses aren’t usually killed to make glue unless they are sick and have no scope of recovery. Only a few manufacturers still make glue out of horses, but the horses are usually dead before they are turned in to the glue factories by the owners.

If you’re worried about horses being killed for glue, you should have a more legitimate concern since most horses are slaughtered for meat. Although there are no slaughterhouses in the USA now, and the last three were closed in 2007, the USA still exports horses to foreign countries for slaughter, usually for meat.

So, there are better chances of a horse turning into meat than into glue. Glue is generally made out of dead horses, whereas horses are slaughtered on a large scale daily for human consumption, which is truly disappointing.

Yes, dead horses are still used for making glue since animal glue is a crucial part of woodworks and restoration. Some hobbyists use horse glue for furniture making since this furniture does not bend easily. Horse glue is still used in the binding of books.

The one radical change is that it isn’t as much used in the modern age as it used to be in ancient times, ever since the advent of synthetic glues that have emerged as good alternatives for regular use. 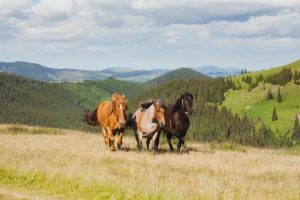 A Brief History of Horse Glue

We have come a long way from using animal glue to nanotech glues, yet isn’t it intriguing to understand as to how horses found their usage in glue? In 2000 BC, the Egyptians were the first ones to use liquid adhesive made from extracts of blood, skin, brain, bones and connective tissue of animals.

From 1700, the use of horse glue saw tremendous growth, and it all started with the opening up of the glue industry in Holland for the production of animal glue. Since the 18th Century, the ranchers started disposing their old horses to glue factories, and animal glue started to be widely known as horse glue since most of the glue produced from animals came from horseback then.

Ever since the early 1900s that saw the rise of plant and milk-based glue (casein), animal glue started to disappear from the picture, which was, fortunately, a great relief.

Now, horse glue is only used for specific jobs such as woodwork, restoration, and bookbinding, etc.

Are there alternatives to Horse Glue and other animal glues?

So many people believe that horsehide glues are by far the best glues for woodworking, but there are alternatives to horse glue for vegans and PETA followers. For the sake of humanity, many companies have started using polymer chemistry to create formulations that have been efficiently used for glue making engineered for woodworks and restoration.

These specialized synthetic glues come in both hot and cold sets with strong, creep-free glue bonds, and just like hide glues, these are reversible with heat or hot water.

These glues are usually shellac substitutes and provide for great sealers and give a great finish. These glues can be wiped, or brushed, or sprayed and they dry fast, getting hard and waterproof alongside being stain resistant.

The greater advantage that they have over animal and horse glue is that they have a greater shelf life and do not get exploited easily, since they contain no such organic matter present in animal glue.

We urge everyone to use these synthetic glues as a better substitute for animal glues since your job doesn’t really have to mean that you should have to kill your love for animals.

Myths about Horses and Glue-Making

Debunked: Horse Glue isn’t toxic. In fact, no glue made from hiding and animal parts is toxic because the main component in the glue is gelatin, which is completely organic.

Myth- Animal Glue is still made from horses.

Debunked: No, modern age animal glue isn’t made by killing or slaughtering horses (typically) but from recycled gelatin.

Debunked: This isn’t even a question. If you think horse glue doesn’t hold up, go check the museum, and you’ll know. Joints and surfaces that are adhered to using horse glue do not bend and loosen up due to the glue’s firmness and adhesion capacity.

Debunked: Yes, the horse glue doesn’t have a very long shelf life, but it’s still long enough. If you store it properly, the glue lasts longer and for years to come.

Debunked: No, horse glue is, in fact, water-soluble and easy to remove. Re-glueing horse glue is quite easy. And you just have to heat it, and it loosens up. Similarly, you can again apply a coating of the glue to correct whatever you did wrong in the process.

Is Elmer’s glue made from horses?

Not anymore, Elmer’s glue used to be made of hooves and parts of horses by killing sick or old horses in the 1900s, but ever since the synthetic glues dominated the market, Elmer’s glue stopped using horses for making glue. Now, they use their own ‘proprietary formula’ for making glues that aren’t extracted from animal parts.

What else are dead horses used for other than making glue?

In the modern age, dead horses are used for human consumption as food, a trend that we strongly abhor and demotivate. Many times, horses are killed for meat using a penetrating captive bolt gun or gunshot for rendering them unconscious, after which they are shot to stun or kill them instantly.

Which animals other than horses are used for making glue?

Hooves and horns of cattle and pigs are generally used for making glue nowadays. Rabbit skin, eel skin, and fishes are also used for the production of glue.

What can you do to save horses from getting slaughtered for food?

Horses are raised as companions, not as food animals, to kill at the end of the day. You can raise your voice against horse slaughter by reaching out to several National Humane Groups organizations opposed to the insane cruelty that includes American Sanctuary Association, Animals’ Angels USA, Borf Free, USA, etc. Horse meat is banned in the USA, yet several countries import horses from the USA for consumption. You can help stop this by reaching out to your legislators and urging them to cosponsor the SAFE act.